Coffee in the movies

Coffee in the movies 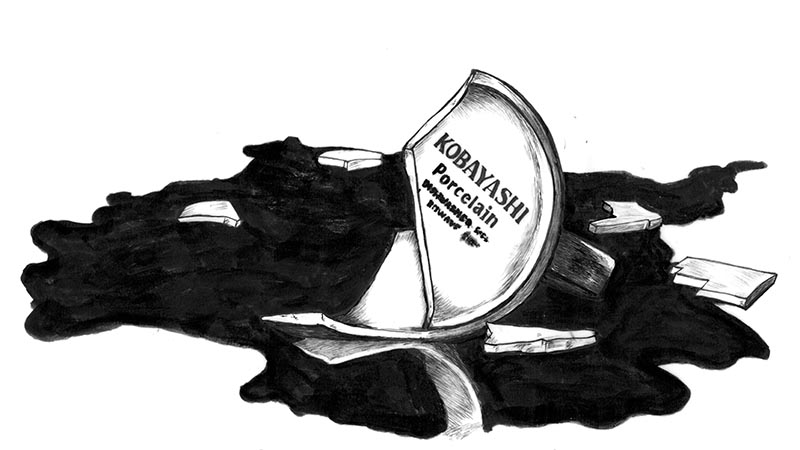 A cup of coffee appears in many movie scenes, here is our list of the most iconic

1. The Baddie
‍Very bad things happen in Fritz Lang’s nihilistic 1953 film noir, The Big Heat. It opens with a suicide. A car explodes with passengers inside. Two women are shot to death. A cigarette burns a bar-fly’s hand. But it’s best remembered for the most shocking pot of coffee in cinema history. As the pretty gangster’s moll, played by Gloria Grahame, argues with her sadistic hoodlum boyfriend, played by Lee Marvin, a glass coffee pot boils violently on a hot plate. It’s Marvin who boils over, however: he picks up the pot and hurls its scalding contents into Grahame’s face. Horrific stuff. “I wonder how many women who’ve thrown hot coffee in their husband’s faces were very disappointed with the result and said, ‘Lang is a lousy director’,” the director later told Peter Bogdanovich. The terribly scarred Grahame takes revenge with a boiling brew of her own. The final line of the film is a black joke: “Keep the coffee hot!”

‍2. The Truth Teller
‍What’s more eye-popping than a coffee cup shattering on the floor? A cup of coffee shattering on the floor three times in a row. After spending 100 minutes interrogating The Usual Suspects’ pathetic con artist “Verbal” Kint (Kevin Spacey), Agent Dave Kujan (Chazz Palminteri) has cracked the case and sits on his desk contentedly slurping coffee. Suddenly, one of the best twists in modern cinema hits him in the face like a left hook. The very moment he puts the pieces of the mystery together, his cup of coffee spectacularly breaks apart – falling in slow motion before detonating on the tile floor and coating his office with a hot cup of java. It’s such a stunning moment that director Bryan Singer replays it – bang, bang, bang. One of cinema’s greatest rug-pulls. And a right old mess for the cleaner.

‍3. The Connoisseur
‍“Mmm! Goddamn, Jimmie! This is some serious gourmet shit!” exclaims hitman Jules (Samuel L Jackson), after Jimmie (Quentin Tarantino) makes him a fresh cup of coffee in one of Pulp Fiction’s most memorable scenes. “Usually me and Vince would be happy with some freeze-dried Taster’s Choice,” beams Jules. “But he springs this serious gourmet shit on us! What flavour is this?” Jimmie, however, is in no mood for morning chit-chat. First, he doesn’t drink freeze-dried coffee. “I don’t need you to tell me how ****ing good my coffee is, okay?” snaps Jimmie. “I’m the one who buys it. I know how good it is. When Bonnie goes shopping, she buys ****. I buy the gourmet expensive stuff, because whenI drink it, I want to taste it.” Damn straight. Secondly, he doesn’t appreciate the little “present” that Jules has arrived with. “But you know what’s on my mind right now? It ain’tthe coffee in my cup.” No. It’s the dead guy in his garage.

‍4. The Tease
‍Bottoms up? In The Bucket List, Edward Cole (Jack Nicholson) delights in drinking a luxurious coffee called “Kopi Luwak”. Thenhis buddy Carter Chambers (Morgan Freeman) hands him an article revealing exactly how it’s made. Edward begins reading: “Kopi Luwak is the world’s most expensive coffee. Though for some it falls under the category of ‘too good to be true’. In the Sumatran village where the beans are grown, lives a breed of wild tree cat. These cats eat the beans, digest them and then... defecate.” He pauses, dismay creeping across his face. Edward continues, “The villagers then collect and process the stools. It is the combination of the beans and the gastric juices of the tree cat that give Kopi Luwak...” – Carter cracks up – “its unique flavour... and aroma. You’re shitting me!” Chambers: “Cats beat me to it!”

‍5. The Evil Temptress
‍Life is short. So it would be wrong, very wrong, for us to recommend you watch Will Ferrell’s 2005 “comedy” about “soccer”, Kicking & Screaming. But it’s good ol’ coffee that provides the film’s only genuinely funny scene, when Ferrell’s mild-mannered football coach Phil Weston gets severely addicted to caffeine, thanks to the encouragement of former American NFL player and coach Mike Ditka.“Drink the coffee!” Ditka yells at his protégé. “It’ll make you feel better! It picks you up! It calms you down! It’s the lifeblood that drives the dreams of champions!”Sadly for Ferrell, his caffeinated tailspin into madness gets him banned from his local coffee shop. Turns out you can have too much of a good thing…7the rewardAnyone who’s seen Twin Peaks, the groundbreaking 1990s TV murder-mystery by master of the macabre David Lynch, will know that Lynch loves coffee. It’s all Detective Dale Cooper (Lynch’s alter-ego, Kyle MacLachlan) talks about. “Harry, I’m going to let you in on a little secret,” he tells his partner. “Every day, once a day, give yourself a present. Don’t plan it, don’t wait for it, just let it happen. It could be a new shirt at the men’s store, a catnap in your office chair or two cups of good, hot, black coffee. Like this.” He takes a long, luxurious sip. “Ah, man, that hits the spot. Nothing like a great cup of black coffee.” Amen. You can check out Lynch’s own brand of coffee on his website, davidlynch.com/coffee.

‍6. The Laconic Hero
‍“Anybody need more coffee?” Like some sort of caffeinated dream, US indie hero Jim Jarmusch’s throwaway comedy from 2003, Coffee & Cigarettes, sees Bill Murray serving coffee to RZA and GZA of the Wu-Tang Clan. At least, he’s trying to. RZA and GZA have quit the black stuff. “Yo, caffeine leads to depression,” says RZA. “Makes you all irritable. Have your heart beatin’ fast. Worse than anything, man. You drink that coffee, you know, it give you shits. Crispy, clean, no caffeine. Don’t you know caffeine can cause serious delirium? Serious delirium.” Enter Murray, “disguised” as a waiter, holding a full pot of coffee. “Oh, now you tell me,” he sighs. “Well, that may be my problem. Delirium.” At which point Murray duly guzzles it straight from the pot while the Wu-Tan boys sip tea from tiny glasses. True coffee heroism.

‍7. The Reward
‍Anyone who’s seen Twin Peaks, the groundbreaking 1990s TV murder-mystery by master of the macabre David Lynch, will know that Lynch loves coffee. It’s all Detective Dale Cooper (Lynch’s alter-ego, Kyle MacLachlan) talks about. “Harry, I’m going to let you in on a little secret,” he tells his partner. “Every day, once a day, give yourself a present. Don’t plan it, don’t wait for it, just let it happen. It could be a new shirt at the men’s store, a catnap in your office chair or two cups of good, hot, black coffee. Like this.” He takes a long, luxurious sip. “Ah, man, that hits the spot. Nothing like a great cup of black coffee.” Amen. You can check out Lynch’s own brand of coffee on his website, davidlynch.com/coffee.

‍8. The Metaphor
‍Oscar-winning French actress Juliette Binoche turned down Jurassic Park to star in Polish director Krzysztof Kieslowski’s drama, Three Colours: Blue, remarking, “I would rather play a dinosaur than one of those characters.” Why? Because she knew that in Kieslowski’s hands, even a cup of coffee can turn into intoxicating cinema. In one tiny, captivating moment, Binoche holds a sugar lump over her espresso and watches as it absorbs the coffee from her cup. In this micro-scene Kieslowski reveals how her character has begun to disappear into the mundane to escape her terrible grief. As any coffee connoisseur knows, timing is everything: the Polish director sent an assistant on a long search for the right sugar cube, one that would dissolve in five seconds – no more, no less.

‍9. The Italian
‍Ever noticed how corporate coffee chains try to add fake Continental flair to their conveyor-belt caffeine hits? Paul Rudd certainly does in the 2008 comedy, Role Models. Rudd: “Can I get a large black coffee?” Barista: “A what?” Rudd: “Large, black, coffee.” Barista: “Do you mean a venti?” Rudd: “No, I mean a large.” Barista: “Venti is large.” Rudd: “No... venti is 20. Large is large. In fact, tall is large. And grande is Spanish for large. Venti is the only one that doesn’t mean large. It’s also the only one that’s Italian. Congratulations, you’re stupid in three languages.” Barista: “A venti is a large coffee.” Rudd: “Really? Says who? Fellini? Do you accept Lira or is it all Euros now?” Memo to Rudd: It’s called a venti because it’s 20 ounces.

‍10. The Philosopher
‍“And if you gaze into the coffee, the coffee also gazes into you,” Nietzsche said. Well, he didn’t really, because he didn’t live long enough to see a masterpiece of the French New Wave, Jean-Luc Godard’s cosmic Two Or Three Things I Know About Her from 1967. We are in a Parisian café. A man considers his cup of coffee. He stirs it with a spoon. The coffee fills the screen. Bubbles spiral and burst on the swirling black surface. Suddenly, it’s not just coffee inside the cup. We see an ocean… galaxies… supernovas… the birth of universes… an embryo splitting… a nucleus popping with electrons… Each shot pushes deeper and deeper into the cup, dunking us headfirst into an abstract vortex of meaning. We knew the French took coffee seriously, but still…Follow Jonathan Crocker on Twitter: @JonathanCrocker 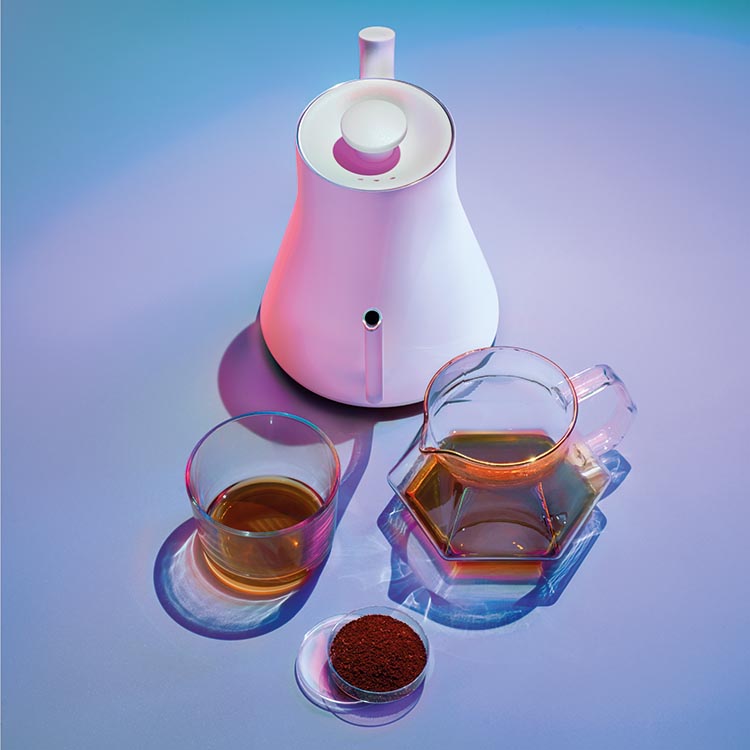 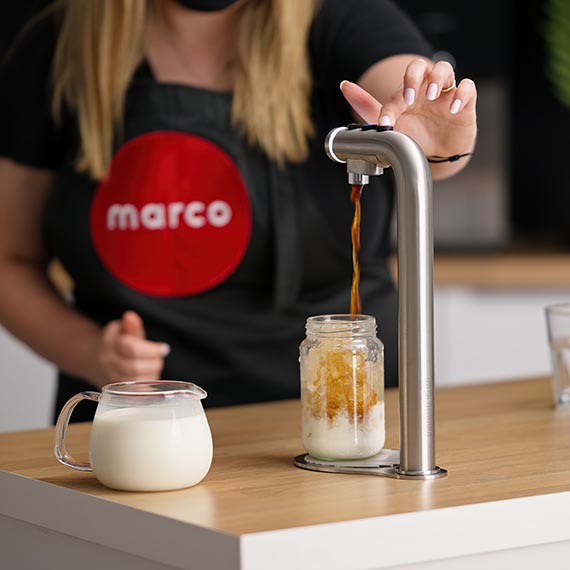